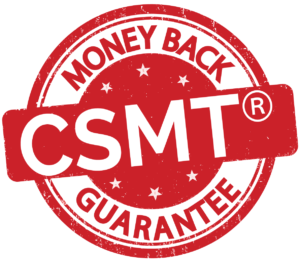 PORTLAND, OR — Meet the next generation of music research — the Crowd Source Music Test®, or CSMT®. It is the most accurate, most cost-effective way for broadcasters to determine what songs their audiences want to hear.

The Portland-based company that pioneered the test, P1 Media Group, is so confident clients will be satisfied with results from the CSMT®, it is offering their money back if they aren’t. That’s a radio first.

“Programmers need to know they’re getting the most for their research dollar, and we are confident they’ll love the results they’ll get from the Crowd Source Music Test®,” said Ken Benson, P1 Media Group partner. “That’s why we’re offering full refunds to any client who is dissatisfied with the test results.”

Traditionally, broadcasters and others have paid heavily to conduct audience research in person in a process known as Auditorium Music Testing. But that kind of test has become an expensive proposition.

The CSMT® on average delivers samples five to 10 times larger than traditional music testing for around half the cost. And P1 Media Group’s experience shows the results match or exceed those from more expensive research methods.

“In my mind there’s no decision to make when looking for a company to trust for music research,” said Rick Balis, program director at St. Louis’s KSHE. “It’s P1 Media Group and their innovative Crowd Source Music Test®. Period.”

Programmers who want to know more about how the CSMT® works or would like to roll out their own tests are invited to visit us at CSMT® Guarantee or by calling +1 360 910 4119.