Keep Your Station on the Tracks 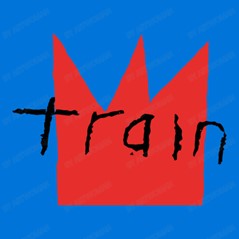 Whether Pop or Country, radio programmers are disappointed with the state of current music. In fact, Guy Zapoleon, who has extensively studied the Popular Music Cycles since 1956, recently declared “we are in the worst doldrums period ever.” There are many opinions for the lack of hits and interest in new music today, but what matters is what programmers need to do to navigate the current down cycle and make it to the next phase – The Rebirth.

My wife is a “Trainiac,” a big fan of the band Train, and raves about their live shows. So, I decided to join her to experience Train in Bend, Oregon a few weeks ago. Train has been making music for over 20 years, has won a few Grammys yet has charted only 5 songs on the Top 20 Billboard Radio chart, not exactly the catalogue of hits you would expect from a headliner.

How does Train, with only a handful of hits, headline a tour year after year?

The contemporary music train falls off the track every ten years or so, according to Zapoleon. During the doldrums part of the cycle when there aren’t as many hits available, programmers tend to reduce the quantity of new music on their playlist and rely more on familiar recurrent and gold songs to fill the void. But that’s only part of the solution. Highlighting morning shows and personalities, creating interesting and surprising content, and emphasizing your promotion and marketing muscle will keep your listeners engaged and coming back for more until the Rebirth cycle arrives at the station.