Radio must get off Autopilot, Reimagine, Reinvent and Blow Up the Playbook
Media Research
research,music,p1,media,p1mediagroup,crowd source music test,CSMT,DMT
17332
page-template-default,page,page-id-17332,bridge-core-3.0.1,fully-background,qode-page-transition-enabled,ajax_fade,page_not_loaded,,qode-content-sidebar-responsive,qode-theme-ver-28.8,qode-theme-bridge,qode_header_in_grid,wpb-js-composer js-comp-ver-6.9.0,vc_responsive

Radio must get off Autopilot, Reimagine, Reinvent and Blow Up the Playbook 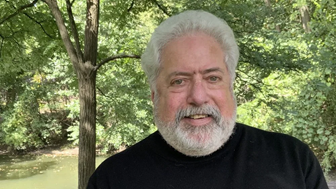 Radio guru, Lee Abrams, has spent 5 decades in the trenches reinventing Radio, TV News and Print. What advice does the creator of the Album Rock format, the designer of XM satellite programming, and a Grammy award winning producer have for Radio in 2021? “Radio must get off autopilot, reimagine, reinvent and blow up the playbook to meet the realities of 2021.”

Lee Abrams is cautiously optimistic about Radio’s future and insists radio doesn’t need to have an inferiority complex today. Radio continues to have tremendous reach and potential, and Abrams believes “it all comes down to what comes out of the speaker. If you build it, and it’s magical, they will come.” His biggest concern is how generic radio has become. Radio sounds the same today in every market in America while promoting its localism.

To achieve success, radio must create fans, not users. Any station can buy reach with marketing but it’s those stations that offer a full 360 Degree Radio Experience that will succeed by creating fans in today’s ultra-competitive and fragmented media market.

Abrams cites great American radio stations from the past like KHJ Los Angeles in the 60s and The Loop in Chicago in the late 70s as stations that delivered the full 360 Degree Radio Experience with a detailed attack plan. These stations did it with passion, character, and swagger which is sorely missing from the radio experience now.  “A tested music library, a morning show and an outdoor campaign just isn’t enough to win in 2021” according to Abrams.

The big three legacy media, Radio, TV, and Newspapers are all struggling to adapt and reinvent in the digital world. When it comes to newspapers, Lee shared a reimagined vision for the Chicago Tribune, a former employer of Abrams. It all begins with understanding the target. The Tribune of tomorrow would be full-color, electric with information, visually compelling with far more pictures, younger skewing topics and stories, driven by a team of great writers with journalistic integrity. The paper would also be heavily compartmentalized greatly expanding the local, sports and business sections to include a crime page, music and entertainment pages and others. “Unfortunately, they were rife with arrogance and denial at the time, or they could have neutralized and possibly reversed the trend in print” according to Abrams.

Abrams’ bold predictions for Radio in 2026 include:

In 2021 radio still has unmatched reach, but generic programming is not a winning strategy.

Abrams is sounding the alarm today just like Paul Revere did in 1775 when he warned the British were coming. Will we step up to the challenge like the early American patriots did and fight with all our might to keep radio alive and well for the next 100 years or will we allow it to die a slow agonizing death under our watch? Adapt Lee Abrams’ mantra “Blow up the playbook, reimagine the possibilities and make magic come out of the speakers!” It’s our best chance.