More Talk on Music Stations is a Winning Strategy 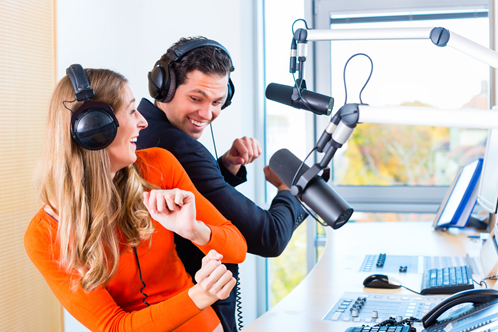 Since its inception in 2010, 102.3 Now Radio in Edmonton has been the #1 radio station in the market nearly every single ratings period and these extraordinary audience figures have made Now Radio Edmonton’s #1 billing station.

The Now Radio format doesn’t fit into an existing format box. So, what is it? Musically, it’s kind of a Hot AC, but plays a lot of 80s and 90s Gold, and then occasionally they throw in something completely unexpected. On a recent listen I heard Garth Brooks “Friends in Low Places,” Steppenwolf’s “Born to Be Wild” and even Black Sabbath’s “War Pigs”. Strangely it all works.

Now Radio’s unique music strategy is only a portion of its winning formula. Now Radio’s commitment to it audience is unmatched. It began by promising to answer every text, which was no easy task with over a million texts received in its first 18 months. Today, “Now Radio promises to give you as much music and conversation as we can.” In fact, the station has never had a music positioner and the station continues to drive home its “Join the Conversation” slogan.

Now Radio’s conversations are led by its Hosts, not DJs.  The Hosts are real, honest and without hype. You won’t hear them read liner cards or endlessly plug value added promotions, nor will you hear them say the station name. Station IDs are handled by the station voice. Now has set the stage for its Hosts to deliver content in every break and in every daypart. When listening to Now it feels like the Hosts can say whatever they want, whenever they want and talk as much as they want.

Pattison Media, Now Radio’s owner, introduced a similar format at 101.5 Today Radio in Calgary three years ago. Like Now Radio, Today Radio is consistently the market’s ratings leader. The group has incorporated many of Now Radio’s winning ways into its music stations throughout the nation. And other broadcasters have taken notice of Pattison’s success, and more and more Canadian music stations are quickly adding more multi-person shows and increasing the personality quotient. For instance, CFOX in Vancouver added a two-person afternoon show to complement its top-rated morning show last summer.

In the US, 2021 saw CHR Q99.7 in Atlanta expand its content commitment by adding the two person Jade and Moe drive show and Z100 New York followed the trend by adding Maxwell and Crystal to afternoons. Rocker KISW in Seattle has been a market leader for years with its talk intensive BJ & Megs morning show and its 4-person afternoon show, The Mens Room.

Great radio stations have always been a result of what happens between the records, and based on the Canadian PPM ratings, re-emphasizing the personality on music radio is a winning strategy.