The Evolution of Music Research

Radio programmers know how important it is to understand the wants and needs of their target audiences as they go about building a station. If they play the right songs, listener satisfaction grows, listening occasions go up and the station becomes more successful.
But how to ﬁnd out what listeners want? One of the early techniques, developed more than 40 years ago, was the “auditorium music test,” in which subjects are recruited to come to a location and give their opinions on songs that programmers were playing over the air. Over time, shortcomings with that methodology became apparent.

Today it is far more diﬀicult, sometimes even impossible, to ﬁnd and recruit the right respondents to participate in an auditorium test. As a result, recruitment costs and incentives have skyrocketed — in some major markets the costs can exceed $250 per person.
The problem is the pool of people willing to participate is very small and getting smaller by the day. Many auditorium test participants are research pros, which means they are in the database of one or more of the local ﬁeldwork agencies, and frequently participate in any and all types of research.

With the emergence of the internet as a vehicle for interactions between programmers and listeners, many researchers sought to replicate the auditorium test online. The Online Music Test, or OMT, marked the next stage of development in music research. Its popularity grew because it produced useful results for a lower cost than in-person testing — typically around 30 percent less.
Further, researchers believe they’ve resolved the security fears and concerns about who was actually taking tests.

P1 takes the next step

Nevertheless, such music research is a luxury many stations could no longer aﬀord. This was the problem that P1 Media Group sought to address.
A Canadian client challenged us some years ago to conduct a music test in one of their smaller markets for as little money as possible. Even the online music test with its cost savings was completely out of the question. This challenge was the genesis of our Crowd Source Music Test®.

We decided to recruit for the music test using databases, social media and running ads on their cluster of stations, making no guarantees that we would have actionable data at the end. The recruit wound up being a tremendous success.
Over 3,100 people opted in to take the test online and we ﬁnished with more than 1,100 targeted qualiﬁed participants. Not only did the sample size exceed our wildest expectations, the results were spot on. From this successful experiment in the Canadian Prairies, the CSMT® was born.
P1 then spent the next six months developing its recruiting process, with the aim of ﬁnding multiple ways to recruit fresh, unbiased and willing participants, while delivering balanced P1/non P1 samples. After that, it was time to assess the results. Would the Crowd Source Music Test® results hold up against auditorium tests and online tests?
After running parallel tests for clients in various formats and market sizes we were convinced we found a new, more eﬀicient and eﬀective way to test music. Today the CSMT® on average delivers samples ﬁve to 10 times larger than traditional music testing for around half the cost.
Over the last four years, P1 has conducted hundreds of CSMTs for radio stations around the world. 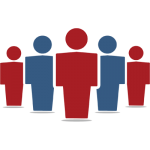 How does the CSMT work?

P1 recruits listeners in a variety of ways. Most test recruits include a combination of databases, social media campaigns, on-air ads and other crowdsourcing techniques, and they don’t know which station(s) they’re giving their opinions to.

We have learned that music testers aren’t primarily motivated by incentives to participate. CSMT® participants are willing — even eager — to share their recommendations and opinions online, much as they do for TripAdvisor, Yelp and Netﬂix.
P1 has come to believe that most in-person respondents are professional opinion givers. It’s a very small group of people the local ﬁeldwork agency has identiﬁed to be reliable participants for any and all types of research.
To avoid this narrowing of the sample, the CSMT® increases the pool of participants while minimizing the impact of research pros on the results.
Another advantage of the CSMT® sample is it delivers a much larger sample, with the vast majority participating because they want to share their opinions about two subjects they are deeply passionate and opinionated about, music and radio.

Online is here to stay

The days of auditorium music testing are numbered and online music tests and the CSMT® are here to stay.
Both produce excellent results when executed with the proper know how and care and they’ll help with the budget too.